A luxury Gallery Store in the heart of Barcelona

The 5 emblematic architectural buildings of Madrid

In the Madrid capital you can see in each of its districts the prestigious Spanish Architecture and Interior Design. The city of Madrid includes numerous architectural and construction styles that have been added to its luxury collection. In today’s post we bring you a small list of 5 buildings for all those who love architecture. These works that normally go unnoticed, we have to promote them and we believe that it is important to give them the leading role they deserve.

· Caixa Forum. This cultural center managed by the “La Caixa” Foundation and located on Madrid’s Paseo del Prado, was remodeled by the Swiss architects Herzog & de Meuron. In the building you can still see little winks of 20th century industrial architecture. The project, started by the businessman José Batlle as a power plant until its later closure, was endowed with a singular aspect and a visual effect of a flying building. The facades of the old headquarters were preserved, remodeling the interior and raising the height of the building without distorting the aesthetics. A luxurious space where you can enjoy different activities. 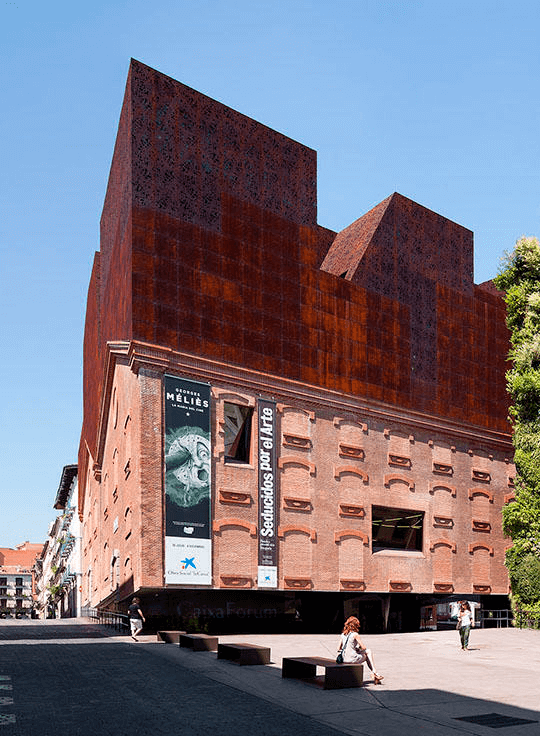 · Francisco Giner de los Ríos Foundation. It is the Spanish pedagogical institution built in 1916 that maintains the historical legacy of the ILE (Institución Libre de Enseñanza). Rehabilitated a few years ago and located on the Paseo del General Martínez Campos in Madrid, the aim was to save in a special way the original enclosure and its spaces with greater personality. Finally, the public project was carried out by Cristina Díaz Morena and Efrén García Grinda, including a new building that houses the exhibition hall and the auditorium. 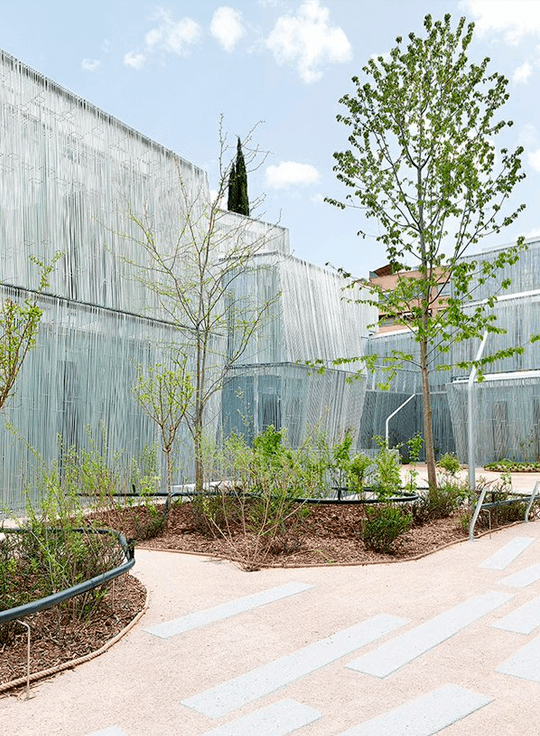 · Mirador of Sanchinarro Building. This residential building belonging to postmodern architecture and located overlooking the Sierra of Guadarrama in Madrid, was developed by the Dutch architecture studio MVRDV in collaboration with the architect Blanca Lleó. With a total of 21 plants and a community garden, this project represents the block of an extension in a vertical position.

· Madrid Río. The Madrid Río park built on the sides of the Manzanares river in Madrid with a pedestrian zone and a recreation area, was completed in 2012. The project was carried out by the team of architects led by Ginés Garrido and formed by Burgos & Garrido Arquitectos, Porras & La Casta y Rubio & Álvares-Sala and West8; with the Veronica Rudge Green Prize in Urban Design from Harvard University for its design and social and cultural impact in the transformation of luxury. A privileged and luxurious place in Madrid that constitutes a set of keys that have supported many of the ideas contained in the proposal.

· Institute of Cultural Heritage of Spain. This property located in the University City of the capital was carried out by Fernando Higueras and Antonio Miró, presenting a late organicist and expressionist style. It is established as the headquarters of the Institute of Cultural Heritage of Spain and has the status of Asset of Cultural Interest. This circular work with 56 facade modules is divided into four floors and its appearance in reinforced concrete is striking. Both the structure and its exterior cladding are visible, creating a solid and resistant structure, giving character to the whole. In addition, it presents a modern cathedral resolved with modern technology, but with a certain level of Gothic symbolism. It is considered one of the most significant works of contemporary Spanish architecture.

We hope you liked today’s post by taking a short tour through Madrid’s architecture, revealing the luxury buildings that we have in the capital and that we can currently enjoy. We recommend that you go to visit them, happy week!

Before and after: Pau Alcover Penthouse 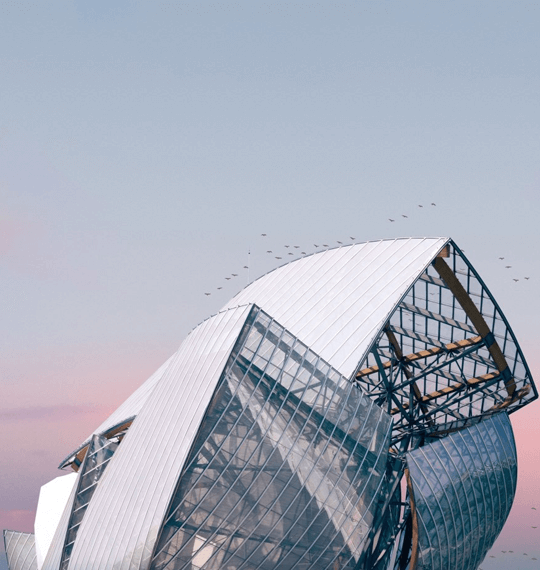 The union of luxury Architecture and Fashion